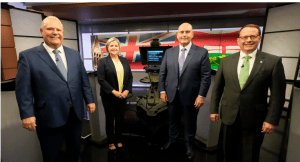 Like many Ontarians I tuned into tonight’s Provincial Leaders’ debate to gain a deeper understanding of the various Party’s platforms to make an informed decision as I venture to the polls on June 2nd.   I will begin by sharing my admiration and respect for the moderators, Steve Paikin and Althia Raj, who worked tirelessly to maintain a level of decorum and respect as the candidates did their best to push the boundaries of the specified time limits, dodge and weave their way around the questions and verbally attack each other with colourful accusations.  As the candidates took to the microphone, their responses fluctuated from boastful recounts of past accomplishments to unrealistic promises of future plans. They accused each other of a multitude of indiscretions, including but not limited to broken election promises, increased taxes, cuts to education and extensive wait lists for mental health supports.   Each time one of the candidates took to the microphone, I wanted to hear a clear, well-developed plan for the future of this province as we make our way out of a pandemic certainly as a citizen, but even more predominantly as an educator.  As education is a provincial responsibility, it is one of these four individuals who will be leading the decisions that will impact our most vulnerable precious resources ~ our students. Education was significantly impacted during the pandemic, as was every other facet of our day to day lives. The current government needed to make decisions based on information that was in constant flux.  Did they make unpopular decisions? They sure did! But in their defence, none of the other parties have had to lead a Province through a pandemic.   The Liberal’s promise of reducing all class sizes to 20 and bringing back grade 13 may sound good to a voter who is at arm’s length from today’s education challenges, but the reality is with so many schools already over capacity, I am not sure it could ever become a reality.  If I take our school as an example ~ with 1000 students that would mean 50 classes in a school with 23 classrooms.  We already have 17 portables on our playground.  So, if the Liberal promise came into effect that would bring us to 10 more portables on site.  There is not even a remote possibility that this could ever be entertained.   As far as bring back Grade 13, with our current mode of operation, any student can return for a “victory” lap and take credits within a fifth year.  I am not sure of the rationale for mandating Grade 13.

After 90 minutes of listening, I can honestly say that I am nowhere closer to making an informed decision which will impact my vote on June 2.  I did however appreciate learning about Bill 86, Our London Family Act which will aim to combat Islamophobia and Hatred.  With the upcoming June 6th anniversary of the attack on the Afzaal, this bill is timely and important. 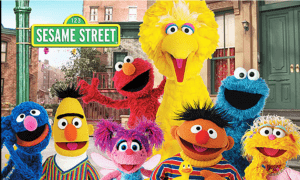 We teach our students about the importance of debates, how to craft meaningful arguments to support a position within a debate, how to deliver an effective debate and how to react appropriately during the rebuttal component of a debate.   I recall when I was in grade 8 and we were asked to debate the impact of watching television.  I was given the “pros” of watching television.  We used the argument of the importance of educational TV shows such as Sesame Street and David Suzuki’s, The Nature of Things.  At no point were we allowed to accuse, to demean or to disgrace our opponents.  The learning objective was to inform our audience with facts and then let them make an informed decision.

I cannot help but wonder if tonight’s candidates could have learned a thing or two from an elementary school debate.