Today, during a text message exchange with a friend I replied, “I’ve got you on speed dial”. Later it occurred to me that I can add that expression to the ever-growing list of outdated sayings which shine a harsh light on my, shall we say, maturity/experience.   Today’s youth has never had to dial a phone number. Usually when they want to use their device to have an actual conversation (which seems more and more rare given their appeal to texting), it’s a touch on the screen of the intended recipient’s name. No longer is memorization of phone numbers even required.  A few days ago, I entered into a impromptu memorization competition with a colleague wherein we took turns reciting those details which are etched in our brains. I could easily recall our first phone number ~ 471-8710.  Back in the day, we did not need to include our area code.  I also recalled my OHIP number and my Social Insurance Number.  Again, back in the day, when I first started teaching, our S.I.N. was our employee number and we had to record it when we signed it each day as a guest educator.

The list of outdated phrases continues to increase, probably at the same rate that new phrases/concepts/words are introduced into popular culture. 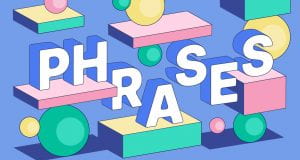 As bandwagons no longer travel on our roadways, the phrase “jumping on the bandwagon” holds little connection to today’s generation. I found it interesting that in the mid 1800’s politicians rented space on bandwagons to get time with an audience, which led to the saying “not jumping on the bandwagon of their opponent”.  Today it refers to not mindlessly following anything flashy or popular.

Two months ago, we celebrated my granddaughter’s first birthday with an Alice in Wonderland themed party ~  Ellie in “Onederland”.  Little did I know that the phrase, “As mad as a hatter” referred to the 17th and 18th century hat makers, who, as a result of mercury poisoning (a side effect of manufacturing felt hats) often struggled with cognitive issues.

We often refer to important deadlines being met as happening in, “the nick of time”.  Back in the 18th century, businessmen carved notches on a tally stick. The goal was to arrive before the next nick on the tally stick was carved.

On the other side of the coin (I wonder when coins will become obsolete, and that phrase will be added to the outdated inventory?) new phrases and vernacular are making their way into our conversations.  My kids were sharing “woke”, which is an awareness of injustices in society, especially racism. That was a new one for me.

Which of these are you familiar with?

As I look to my granddaughter’s future, I wonder which of our current phrases/words will last the test of time and which ones will become obsolete?