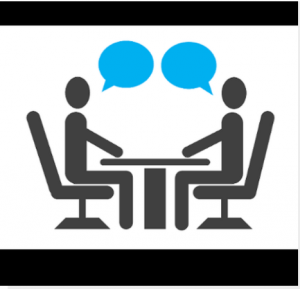 Staffing season always brings wonderful surprises. The meeting of new educators and the opportunity to reconnect with others whom I have worked with in other settings is exciting. I continue to be impressed with the preparation that candidates do prior to our time together. Whether it is the creation and sharing of digital resources or the collection of information about our school that has been captured by scrolling through our school Twitter feed or connecting with current staff members.  The extra work never goes unnoticed and is always appreciated.

As is the case with most interviews, once the formal interview questions have been asked, we always provide the candidates with an opportunity to ask questions about the school and/or the assignment ~ and tonight was no exception. 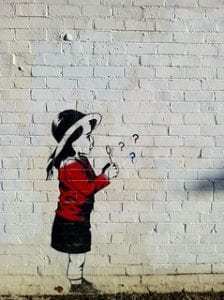 I believe that you can learn a great deal about a person by the questions that they ask. Do they have an inherent sense of curiosity?  Are they truly excited about learning something about a new topic?  Are they asking questions that lead to a conversation or ones that can easily be answered with a simple Yes or No?

Just as we expect our educator’s practice to evolve and be responsive to changing needs, we need to ensure that our practice, as school leaders, also changes and evolves to keep us current and pushing not only our thinking, but the thinking of those around us.  Maybe that next level of thinking in terms of interviews is not grounded in creating the next best question ~ it’s more about creating the space where candidates can ask better questions.

If you were applying for a position at a school and you could ask only one question, what would it be? 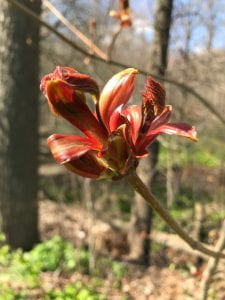 And just like that…. the sights, the sounds and the smells of Spring 2019 were upon us on Sunday.  After a white winter and a wet April, the smell of fresh cut grass and newly dressed cocoa bean layered flower beds wafted through the air.

Coats, boots and earmuffs had given way to capris, sandals and ball caps. Car windows were down and sun-roofs were open.  People were less rushed and more apt to smile. Roadways were shared more noticeably with cyclists and drivers seemed more patient, with less honks and less rushing through amber lights.

The sudden feeling of overwhelming warmth upon entering a car that had been waiting in the sunshine was a welcomed change from the chilling cold of the last six months.

Front lawns were coming to life with lush green grass, speckled with dots of dandelion yellow.

Gardens seemed to come alive with various shades of greenery poking through the soil and growing towards the sky. Perennial flowers, which had been hibernating beneath their winter blankets, are getting ready to explode with a rainbow of colours. 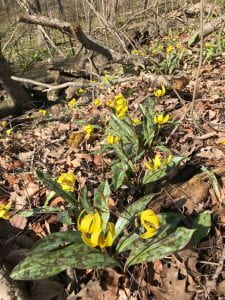 The sounds of running water from nearby creeks almost drowned out  the croaking of frogs in the pond, serenading the start of the most anticipated, colourful, rejuvenating season. River banks, which are not known for their visual appeal, were ablaze with yellow flowers. We know all too well that this blanket of colour is fleeting.

The trees, which have braved the ice and snow over the winter are now ready to release their buds ~ the first step towards a summer of colour and shade.

May we all embrace this season and enjoy the days with sunshine ~ all the while remembering that rain is needed in order for an abundance of blooming blossoms.

What excites you about the arrival of spring 2019?